The patchwork effect of rising inflation

You may have caught the food campaigner Jack Monroe on TV and radio interviews recently highlighting how the uneven effects of inflation on the most basic foodstuffs can have a disproportionate effect on lower income groups. Her intervention has prompted the ONS to look beyond the average in more detail at ‘individual inflation rates’. 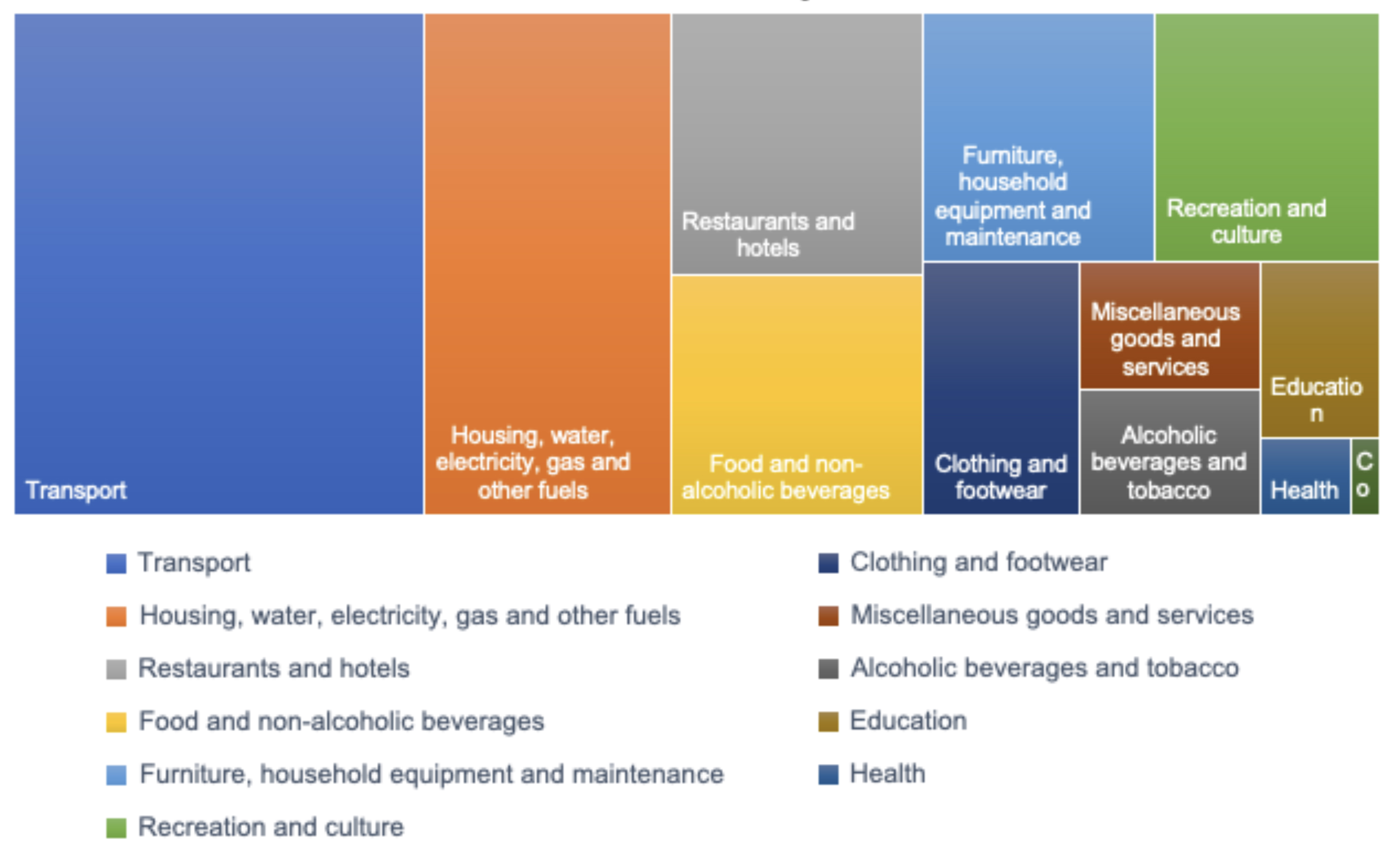 Whether inflation felt like 5.4% to you is another matter. The hierarchy chart above shows how the dozen price categories that make up the CPI contributed to that headline inflation figure. The standout sector, accounting for nearly a third of overall inflation, was transport. Drill down into that and you will find three sub-sectors with annual inflation exceeding 25%: fuel and lubricants; second-hand cars and air flights. If you did not buy a second-hand car and did not fly in 2021 – as many people did not – then two of those three passed you by.

The second largest inflation driver was what might be described as the home sector – housing, water, electricity, gas and other fuels. It was those last three that were the main problem, with household fuel bills rising by 22.7%. If you were lucky enough to have a fixed-term contract for your utilities – and your supplier survived 2021 – then again, the change recorded by the CPI statisticians would have been irrelevant to you. On the other hand, if your bargain fixed-term deal (or its supplier) ended in 2021, then your utility bills might have risen much more than implied by the CPI.

Each to their own

The lesson to learn from all this data is that inflation as measured by the CPI is unlikely to be the inflation that you experience. Your mix of spending probably does not match the CPI ‘shopping basket’ and will change over your lifetime. For example, in retirement, expenditure on commuting will generally disappear but outlays on recreation activities may well increase.

Your financial planning should always take account of inflation. The unexpected jump in 2021 could mean that it needs to be reviewed – either based on the CPI or your personal circumstances.

If you would like to know more or need help, please get in touch with one of our experts.

Interested in receiving the latest firm news, publications and event invitations straight to your inbox? Fill in your contact details and register your preferred interests.